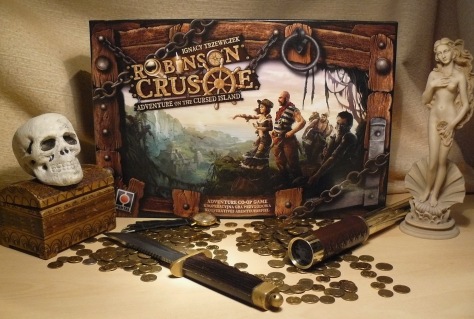 Here is interview with me at Indie Cardboard website where I talk about solo games, Imperial Settlers and some other stuff. Have fun! 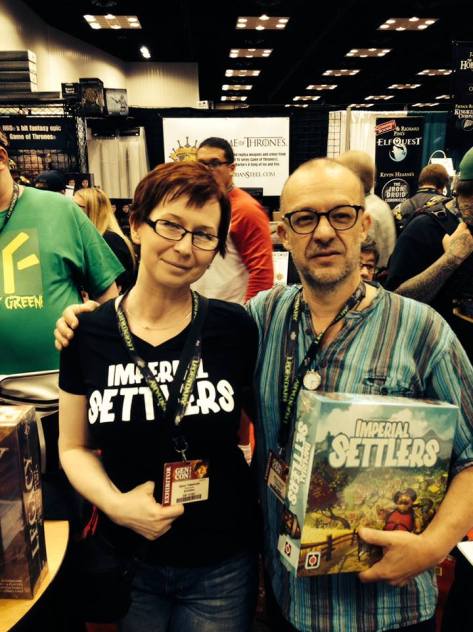 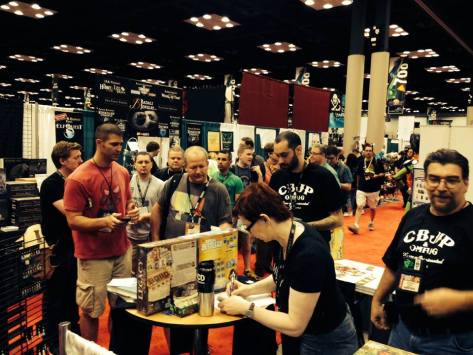 I am back with article about Imperial Settlers. I did plan a short break from the game but things not always let you stick to the plan. Things like… like Eric W. Martin and his lack of love for theme in your game…

So here I am talking about the game again. Today’s stuff is totally not important. That stuff is not part of my Game Designer series. That stuff is boring. I know it. This is 5 most insignificant things about Imperial Settlers you ever heard.

But I had to write it. Blame Eric W. Martin.

In his preview of the game, Eric said (and I quote!): ‘I can take two guys and transform them into wood. Don’t ask how that happens.‘

Let me put it straight – you say something like that in front of me, and I will strangle you! You don’t transform guys! You do send them to the forest and they bring you wood! This action is all about – send two guys to bring you stuff. You can send them to bring wood or food or stone. They go and they bring! It’s not transforming, sir!

Euro gamer’s cynical question: ‘If they bring wood, why you discard them? They went for wood and wood came back alone’?

Ignacy honest answer: You sir, don’t mess with me. I know Aikido.

2. to Raze means to Pillage!

In his review of the game, as far as I recall, Tom Vasel did the same – he did dare to explain rules of my game without mentioning theme.

It’s not about discard a card to get resources.

It’s all about take this location, go there, burn everything, pillage and destroy, take the loot and forget about the rest.

Euro gamer’s cynical question: How exactly pillaging Forest look like? I mean how many knights you need to conquer the Forest and get loot?

Ignacy honest answer: Give me an axe and I’ll show you.

Common deck represent all this cute locations that are spread all over this land. That is why you gain a card when you build Watchtower (with such a building you can look what’s on the horizon). That is why Castle gives you more cards (you send troops to go into field and look who’s living there). That is why when you send 2 guys for a card it simply means they go for a long walk and investigate lands around you.

Euro gamer’s cynical question: Why Desert card from Egyptians deck let you discard cards from enemy hand? Sandstorm makes it impossible to know about neighborhood or…

4. Players board is border.

Players board makes everything set up clear and clean. In thematic terms it is border. Your faction cards, core of your Empire in on the left. Buildings from local residents are on the right. You know them, they work for you, but they are not part of the core.

You can rebuild them. You discard a common card from the table and build a faction card. Core of your Empire grows. When you begin the game, player board is in the middle. With each round you will have more cards on your left side and your core Empire will dominate on local residents. It looks cool.

And it has very clear mechanic reason – common locations can be Razed by opponents. By dividing those two types of cards we make it super clear for opponent. One look and he knows what buildings he can attack and which ones are protected.

Euro gamer’s cynical question: This time I have no…

5. Deal with other regions.

– faction card might be build or signed deal with

How cool is that?!

Euro gamer’s cynical question: And you make a good relationship with people and sign deals always by giving them an apple, right?

Ignacy’s honest answer: I am done with you, sir! I’m done.

I could go on and on. I know, this is crazy. I am designer. I am super excited. I am super dedicated to the game and to every and each, even smallest one piece of it. I can’t wait for Gen Con. I can’t wait to see you playing the game.