Waiting for Gen con drives me nuts. I can’t sleep. I can’t rest. I can’t focus. I am no longer this always-focused fucking-efficient Ignacy who works 18/7. I am pre-Gen con Ignacy. Lousy dude who can’t find himself a place. I hate this version of Ignacy.

He can’t. He is here, waiting for Gen con. Closed in a cage.

With Internet, Netflix, YouTube and all those modern technologies our world is smaller – whatever you live in USA, France or Poland you watch Game of Thrones on HBO, you go to the cinema to watch Terminator, you buy your kids Nerf gun and pretend that you are not interested in shooting with it.

It wasn’t the case when we were kids. I grew up in Poland in communism time, you grew up in USA or France and these were completely different worlds. Different toys, different activities, different TV shows…

Let me today show you one of the highlights of my childhood and literally every other kid during communism time in Poland. USA had Looney Tunes or Disney cartoons, we in Poland had ‘Neighbors’. It was cartoon created in Czech and distributed in other countries of Eastern Block, like Poland, ZSRR or Bulgaria.

If in communism times we could be proud of something, that most likely would be this TV show! Enjoy!

Spring 2013, Lviv in Ukraine. I am at board games convention (surprise!). I’ve just played prototype of Mysterium and I am totally blown away. OMG, what a game! I played twice in a row and I have no doubt – I just found a treasure here. Right after game ends I talk with designers and try to convince them to sign a contract with Portal Games. I love the game. I need to publish it. I am not leaving Ukraine without Mysterium. No way. I am not leaving. Do you hear me? I am not leaving without without contract!

‘We also have a pirate game.’ Oleksandr says. ‘Do you want to see it?’

‘Are you kidding? Of course I want!’

They explain me the rules and we start playing. There is a caravan of merchants we need to attack. We are pirates. They are merchants. We attack them. Sounds legit. I can do that, I can sink merchants.

Oleksandr takes all my dice, do the same with his, with Oleg’s and with merchant’s dice, then shakes them all and with no word of warning or any explanation at all he tosses them all into box.

‘We battle’ he says with his Russian accent.

OMG. OMG. OMG. He just took more than 20 dice, shaked them and threw into box! OMG. This is awesome.

What a cool idea. These guys are golden.

The idea of tossing dice into box is amazing. It’s fresh. It’s unique. It’s thematic. And what’s most important – it’s fun. Gathering these 20+ dice and throwing them into box… It’s pure fun. It’s like the essence of gaming, it’s like our wildest dreams come true. Take bunch of dice, throw them and see what happened. Brilliant.

I didn’t like the rest of the game as much though. We were struggling with that for couple of months, I was asking Oleg and Oleksandr for changes, but they were pulling project in a different direction. I wanted upgrades, they wanted role selection. I wanted special powers, they wanted port with prices and set collection of goods.

At some point it was clear – we have two different games in heads. Two games connected with this one brilliant idea of tossing dice into box.

This year there will be two pirate games that uses 3d Dice Battle System released. Different games that were born on one common fundament invented by Oleksandr Nevskiy and Oleg Sidorenko. There is mine game called Rattle, Battle, Grab the Loot and there is Pirates of 7th Seas. Both use tossing dice into box. And both take this base idea in a very different direction and game play.

Try them if you have a chance. It’s a pure and crazy fun packed into cardboard box. 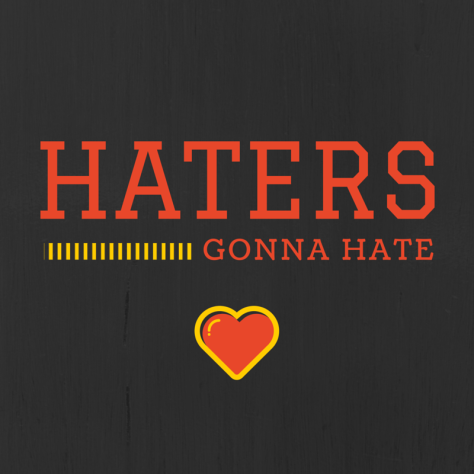 I am hater. Not this jerk who attacks other people in the Internet. Not that anonymous troll who destroys lives of sensible people. Not that fucking idiot who gives thumbs down on every video with cute baby cat he can find. I am not that moron.

I am different breed.

I hate Monopoly.I hate it with my whole heart.

This one. Sold every day in every city on this planet. Every copy sold will convince people that board games are long boring activity with no actual strategy, emotions or fun involved.

Yeah, all of this is because I read that Andrew Niccol writes screenplay for Monopoly movie. The guy behind Truman Show, one of the best movies ever is taking this stupid board game and makes a movie about it. Monopoly will get some hype again. Will sell some copies again. Will sabotage my work again. 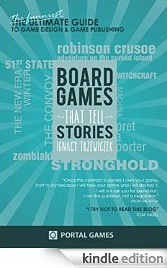